Boy, this is different, huh?

As you can probably already tell, we've done some work on the Elaztek website - some of which is long overdue. Let's jump right into it.

First and most obvious at this point, our News & Announcements section has gotten a major overhaul. Up until now, all announcements were done through just a subforum, much like how it's has been (and will continue to be) done on Chaotic United. However, for Elaztek we wanted to do something a bit more.

In order to make the News-reading experience just a bit nicer, we've made the font size larger than the normal font size you'll find on Forums. You'll also be able to view all the thumbnail images for each announcement when browsing through the archives. For any announcement posted before this one, you'll find a purple book icon in the bottom right of the article when viewing articles in the list, as well as a big block at the bottom of the page content. That allows you to view the original forum topic that the announcement linked to. There usually won't be much real reason to need to do that - since all the announcements are already migrated into the News system anyway, but hey.

Previously, we had a really hacky system for getting news to work with our homepage. And it all has to do with those little brief text descriptions. You know - that little quick half-sentence below the announcement title. For this announcement, it's "New year, new website.".

You see, there is no system to add arbitrary fields and data to a specific forum topic (or any forum topic, for that matter). But if you recall, our news has had those little blurbs even before this change. So how does that work?

Well, this news system you're currently reading this on is a custom database, a feature of our forum software called IPS Community Suite. Through the Pages application, we can use these Databases for virtually anything we want - and we'd been using this one as an intermediary layer between the homepage and the News & Announcements subforum.

Without getting too technical, the process for posting a new Announcement was this:

It may not seem like much, but compared to just posting the announcement and having it be a one-step process? That was absurd. This also neatly leads into the next focus of the redesign (which actually happened before we overhauled the News section).

Yes, the homepage has a brand new look (mostly). In addition to adding the new Blamite banner underneath the Recent News section, we've removed the old Calendar and Releases sections. But why, you may ask?

Well, the reason they were added was because, at the time, we really liked Bungie/Installation 01's website. Our current forums theme is still largely modeled after that design, and the homepage was made to look extremely similar to theirs as well.

Since then, however... our tastes have changed a bit. Along with that, we just didn't like how the homepage was sort of forced into mimicking that look no matter what, even though it really didn't fit our needs. We had no real use for the weird calendar thing, nor did we have any need for the Releases section. So, with our new homepage, we just dropped them. The content they reference all still exists (and if you visit the old homepage, those will still work), but they don't serve much real purpose on our new homepage.

As implied above, the earlier News setup was also part of that. However, instead of moving News entirely back to Forums, we instead opted to make the News system its own thing - and giving it some healthy improvements to help it stand out.

Another thing that we somehow went this long without creating is a proper About page. Fret not, as we've now introduced one. On the about page, you can find a list of all current and previous projects (most of which were just ideas that never got off the ground, but y'know), some history of Elaztek, and other neat information. You can find that page by clicking here.

For those of you who were around in 2018, you might recall a project we had called Galactiminer Evolved. For those unaware, this was a dusted-off version of an older project called Galactiminer. Among other things, we actually launched a Kickstarter campaign, which unsurprisingly didn't even come close to succeeding. As of 2019, we formally placed it on indefinite hold and have been focused entirely on Blamite ever since.

Thing is, it seems that we forgot to add a proper notice on Galactiminer's own website - whoops. As of now, that's been fixed. The Galactiminer website will remain online for the foreseeable future, although account creation has been disabled on that site - making it read-only.

Additionally, while this isn't related to anything Elaztek - since Bungie announced that they were taking down http://halo.bungie.net, we took it upon ourselves to make a mostly-complete archive of that website. It doesn't include stats, and some dynamic content won't work. But the bulk of the website itself is there, with care taken to ensure that their old news posts were fully preserved. You can browse our archive at http://bnetarchive.elaztek.com, today and for as long as we exist (unless Bungie lawyers come to complain).

That's all we've got for now, folks. I'll leave you with a couple screenshots of the current state of the Guerilla rewrite - be sure to join our Discord to see updates as they happen. 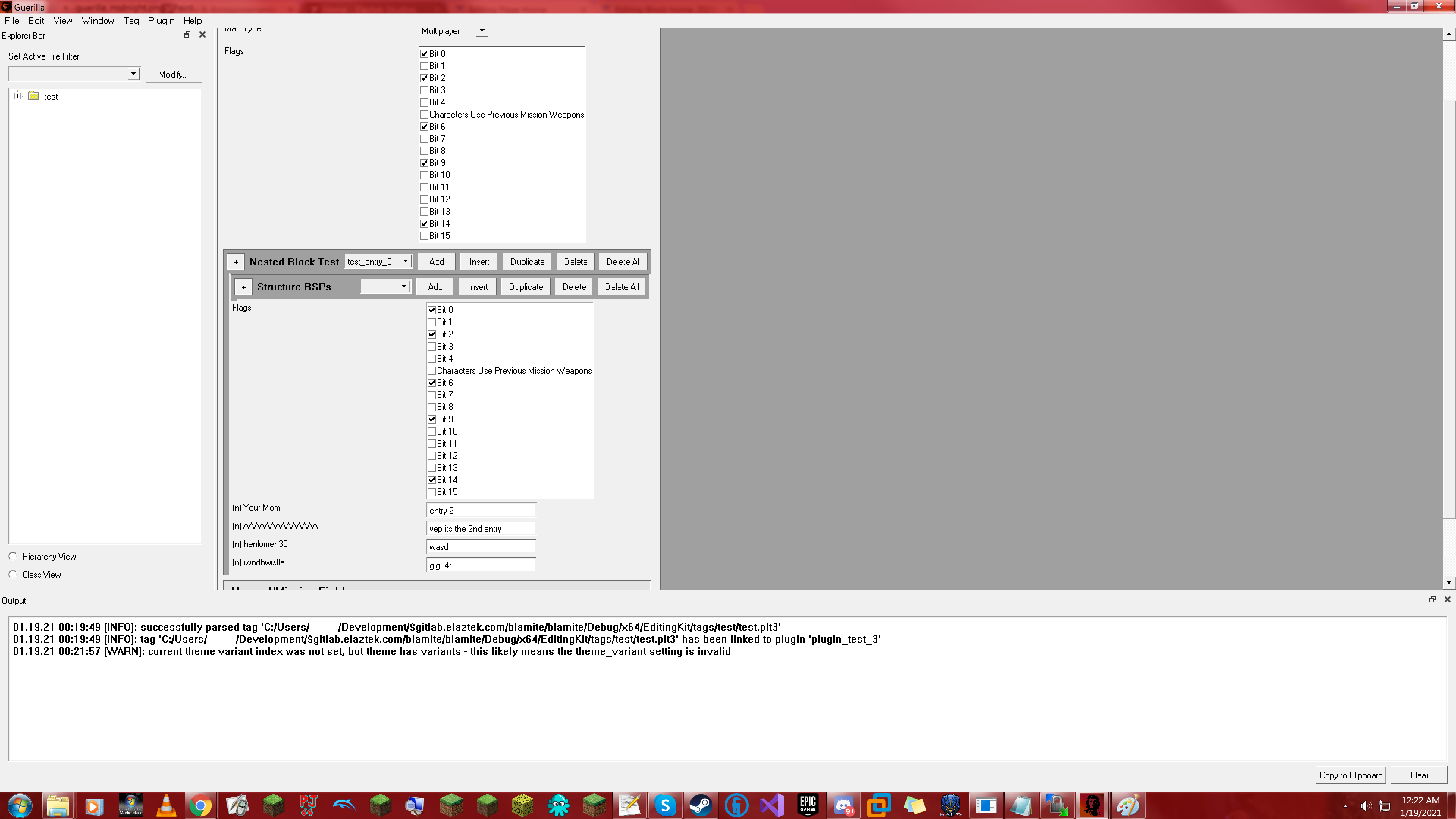 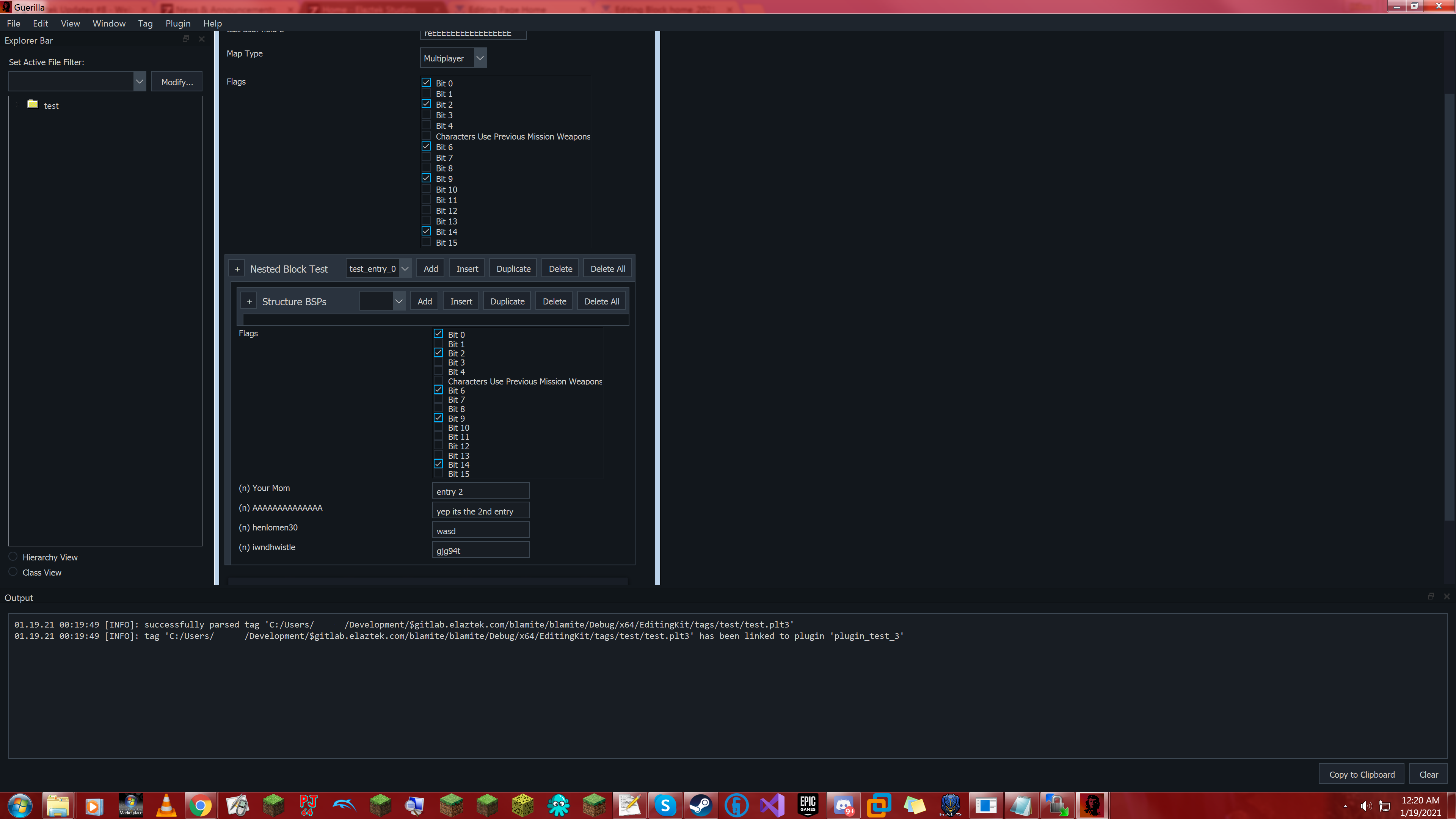